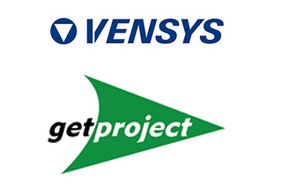 (Kiel/Langenbrügge) – On 14 January 2021 an additional wind turbine became operational in Langenbrügge in the German district of Uelzen. The facility type VENSYS 136 featuring an output of 3.5 MW joins the three turbines that had already been erected there.

According to the project implementation team of getproject GmbH & Co. KG, an engineering firm based in Kiel, the turbine went into service on schedule after a construction time of just four months.

The facility has been erected as a community turbine following the great interest shown in such a concept and is operated by Bürgerwind Uelzen 1 GmbH & Co. KG, a company founded in 2017 by getproject and 14 citizens from the district of Uelzen.

Implementation of the project would not have been possible without the close cooperation between the project management teams of turbine manufacturer VENSYS Energy AG and getproject. Coordinating their activities every step of the way, the teams were able to meet the requirements of the location and implement the project successfully. As Florian Burmeister, manager of project implementation at getproject, points out: „The project implementation team is proud to announce that the facility has now gone into operation. We look forward to completing three more  wind turbines made by VENSYS in Nateln as early as July 2021 and are confident that we will be able to build on the experience gained from the project in Langenbrügge for yet another successful launch of these facilities.“

The annual energy output of the turbine is expected to be about 8 GWh (gigawatt hours), making it possible for the facility to supply renewable energy to almost 2,300 households. 8 GWh is equivalent to nearly three times the yield per wind turbine compared with the turbines erected 19 years ago in the wind park Hanstedt II, which shows what can be achieved through technological progress. By lowering CO2 emissions by approximately 3,000 tons per year, Bürgerwind Uelzen 1 is thus making a major contribution to a more sustainable climate policy, an achievement that all shareholders can be proud of.

The wind turbines built by getproject in the district of Uelzen had a combined renewable energy output of about 137 GWh which was fed into the grid in 2020, accounting for roughly 95% of the power consumption of all households in the district.

MORE ENERGY FOR OUR FUTURE

Projects for a better climate